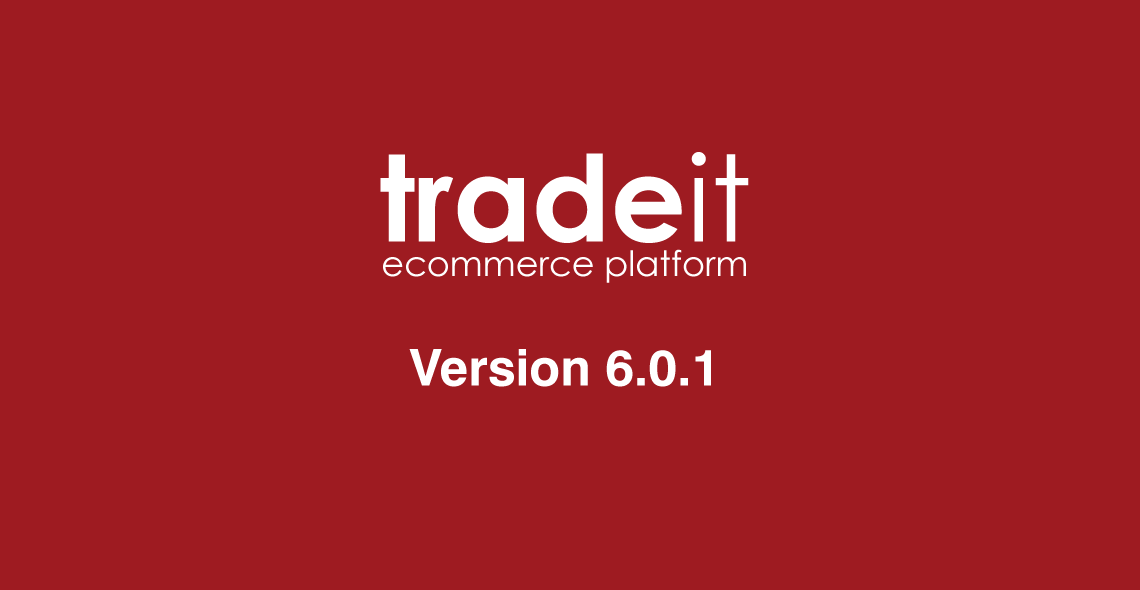 We examine what new functions are now available in version 6.0.1. of tradeit

The main enhancements in tradeit version 6.0.1 have been around expanding the functionality and capability of the Accelerators, our pre-built Retail & B2B ecommerce storefronts. This includes the addition of several new content templates, advert zones and components such as product carousels, image sliders, and latest news. These new items make it even easier to create the exact look and feel a merchant may want, whilst also ensuring that it is easy to edit and update them at any time.

There has also been functional additions such as a guest checkout and improved on-page product reviews.

Find out more about our Ecommerce Accelerators.

There has been further improvements to the Ecommerce CMS and the implementation of content components is more streamlined meaning it is much easier to update and move zones, content and components more freely about the page, including:

There has also been some improvements to the in-site editing interface including a new menu in the storefront, new colour scheme and collapsible data types when editing a zone.

There has been some key developments with product bundles and their functionality, which have now been added to tradeit. This means a merchant can specify which products bundled together, make up the bundle.

When a bundle is added to the basket it adds each item within the bundle separately and records the bundle product SKU against each one of the items.